Rocky Mountain Photography was founded in 2016 in Denver, Colorado to meet the photography and video production needs for the real estate, land development, construction, and business professionals throughout Colorado and even the entire U.S. for specific services. We have worked with hundreds of clients over thousands of shoots and are excited to help you tell your story professionally.

Following a move to Denver, CO in early 2013 after teaching English abroad, the original founder Jeff Perry began working as a professional photographer in Colorado, using his experience as a photojournalist at UC Davis for the college newspaper. The fast moving world of photojournalism taught him to be able to produce efficiently under consistent deadlines. Jeff began his work primarily in real estate  photography before expanding into both aerial and commercial work. After a few years of capturing thousands of properties, he began to expand his services into aerial photography, business headshots, and construction documentation. In 2016, co-founder & brother Nick Perry moved to Denver, CO and Rocky Mountain Photography was formed. Together Nick & Jeff have grown the business significantly into a 5,000 sq. ft. studio that empowers a team of photographers, drone pilots, and editors to serve hundreds of clients with professional media production services throughout Colorado and the U.S. 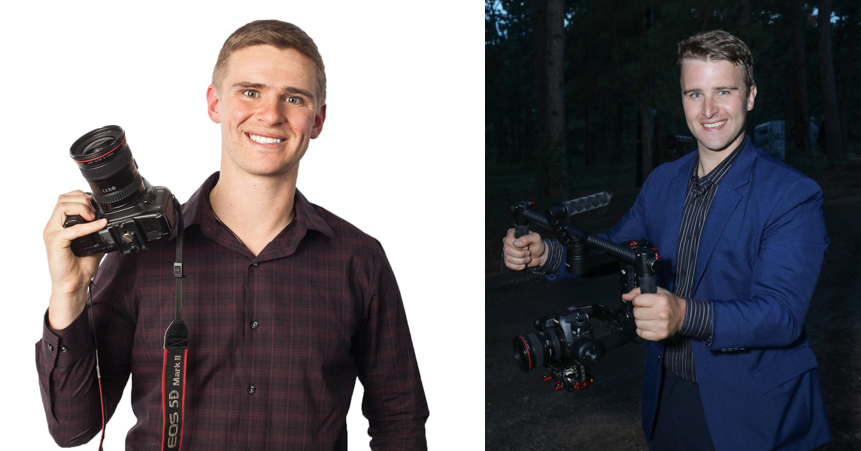 The blending of a fascination with photography, architecture, videography, and storytelling with passion has helped Rocky Mountain Photography become a leader in producing professional media for real estate, aerial photography, and studio rentals. The mission of RMP is to build a trusted platform for the individuals and businesses of America to turn to when they’re ready to professionally tell their story. After learning more about your project and vision, we will schedule a session with one of our photographers or cinematographers. After this session is completed, we will then edit the media and deliver previews to our clients for a decision on which package they’d like to move forward with licensing and using in their business.

We look forward to helping create beautiful media to help market yourself and your business- please reach out today for more information and a free marketing consultation!

Tell us about your media or shoot needs or schedule a tour of our studio today for a free consultation!

Rocky Mountain Photography was started by Jeff Perry in 2013 when he moved out to Denver to build an aerial photography company following years as a photojournalist. The original focus was on producing aerial & ground photography for the commercial real estate, architecture, and development professionals of Colorado. Within a few years, the team of photographers grew along with co-founder Nick Perry joining the team.